The recorder in G is an instrument a tone higher than the treble (alto) recorder. Its history began in the early Renaissance, and in fact we may say that in that period it was the main recorder. In the first half of the 16th century, almost any kind of instrumental family, and the recorder one as well, had only three sizes: Soprano (Descant), Tenor and Bass. The soprano was in G, the tenor in C, and the bass in F.

In Italy, treatises that talk about recorder always describe a recorder in G:

In particular, Bismantova drew a Baroque recorder in G in three pieces, calling it «Flauto italiano»: 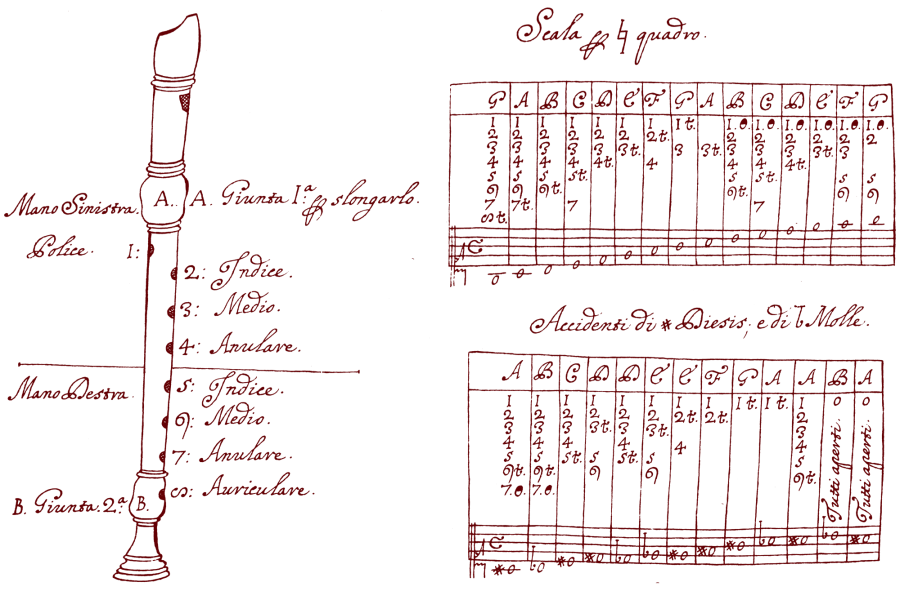 Here is a list of compositions available on the site playable with recorders in G.