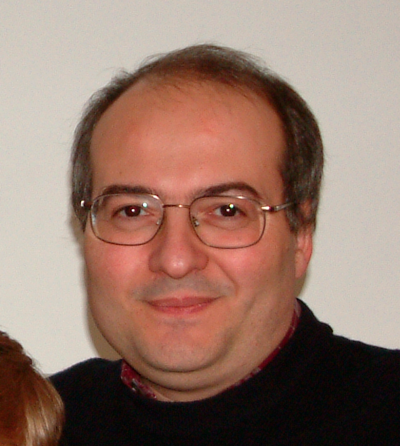 Andrea Bornstein graduated in Flauto dolce at the Conservatoire of Bologna (Italy) with 10/10 in 1981. His teacher was Giorgio Pacchioni.

From 1979 to 1996 A.B. has been an active member of the ensemble for ancient music Oswald von Wolkenstein, and its artistic director from 1983.

In 1987 he published the book Gli strumenti musicali del Rinascimento (Padua, Franco Muzzio Editore), which has been adopted as manual at several Italian Universities and Conservatori.

Since 1994 he has been an editor for Ut Orpheus Edizioni of Bologna and has published with them more than a hundred scores. Among them, the series DUO has been the starting point of his research on didactic music.

In 1996 he moved to England and was awarded a PhD in Music at the University of Birmingham in 2001, under the supervision of Prof. John Whenham.

From 2001 to 2003 he has been working at the UK and Ireland RISM Music Manuscripts Database and taught at the University of Birmingham, where he is Honorary Research Fellow.

Among his other publications there are an edition of seven books of Monteverdi’s madrigals (Bologna 1998 - 2005) and the monograph Two-Part Italian Didactic Music: Printed Collections of the Renaissance and Baroque (1521-1744), 3 vols (Bologna 2004).

Since 2007 he is a member of the Editorial Board of ASCIMA - Archive of Seventeenth-Century Italian Madrigals and Arias; a project based at the University of Birmingham in collaboration with the Heidelberg University.